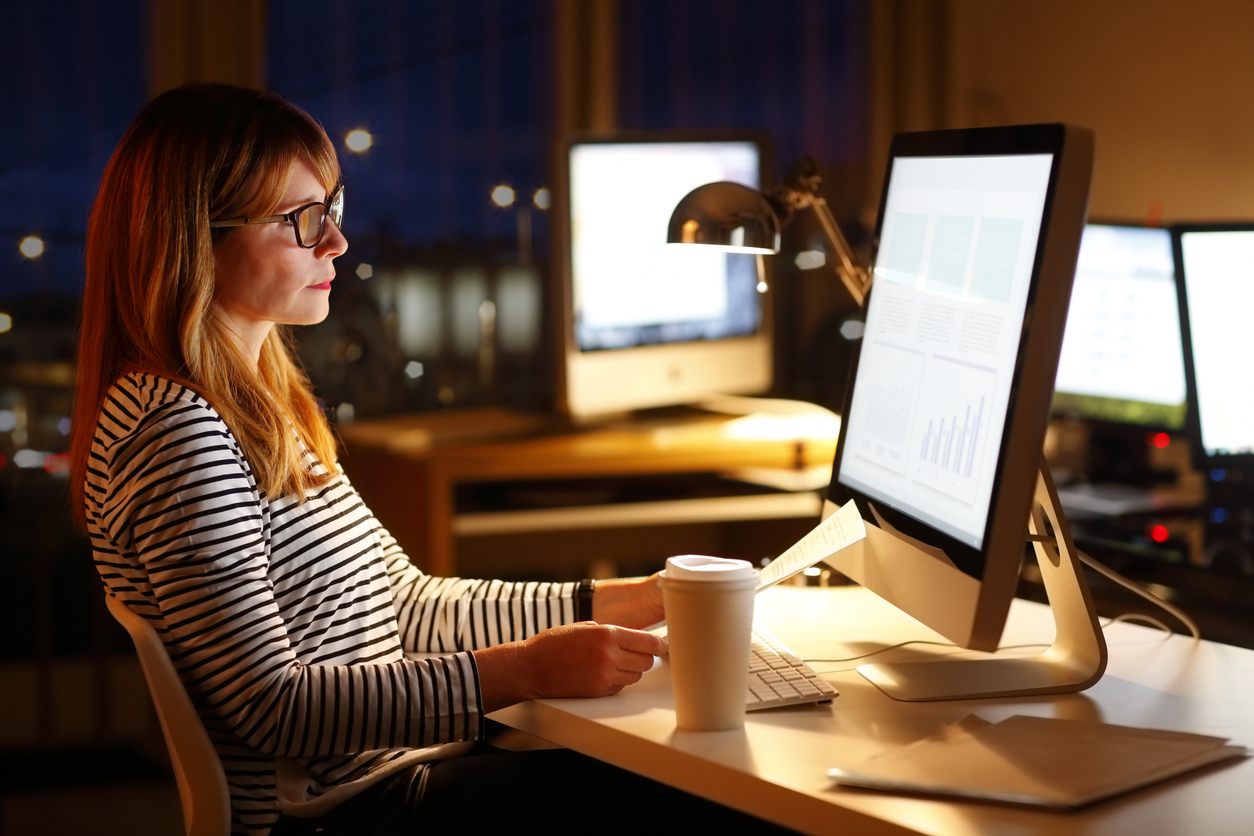 Portrait of businesswoman sitting at office desk and thinking the solution while working late in front of a computer.

I have two work stations for study and writing. About half the time I sit straight on a cushioned chair and face a desk-top computer; the other half of the time I stand in front of a waist-high level counter for reading, writing and (at the moment) computing. For me it’s easier to just sit all the time, but I’m quite sure that wouldn’t be a good idea. For reasons that are poorly understood, conditions like heart disease and diabetes increase sharply in parallel with more hours spent sitting. Even if you exercise adequately on a given day, sitting for eight to twelve hours a day is not good for your health.

Last fall a compilation of previous studies (reported in the popular press here and in the medical press here, researchers pooled data from almost 50 studies and found that folks who reported sitting eight or more hours a day, had increased rates of disease as follows:

The place where this relates to the brain appears in a more recent study. You can read popular press or the actual study abstract for a description of a similar effect on the brain. Regardless of their level of physical fitness or exercise, the adults in the study lost fullness of the brain lobe responsible for memory directly proportional to the number of hours spent each day sitting.

Look over your day: how many hours do you sit? Factor in commuting, television time, and hours spent sitting for your computer or your job, is it more than eight? If you’re regularly hitting eight or more hours, you might consider whether you could add in some standing time to your day.

And if your long-term health concerns aren’t enough to get you up from your seat, think about the likelihood that standing makes you smarter! The New York Times article cited above references an unavailable but intriguing medical study: one-occasion test performance was 32% better for standing vs. seated test-takers!

Personally and professionally, the long-term effects on brain and body health are sufficient to convince me. I take walking breaks

when I can, and I work at my standing work station as much as possible! (Desk height is important: I like the surface between my waist and my ribs. Standing surface can matter: I like to stand on a river rock mat! I walk in place, and toe raise and half-squat, but maybe that’s just because I’m fidgety!)

Are you more comfortable standing or sitting? Sitting is fine… but best kept under eight hours a day. What’s your total?

Get all the latest brain health content delivered to your email a few times a month.
Tags: Lifestyle Changes, Memory

Do You Have Insulin Resistance?