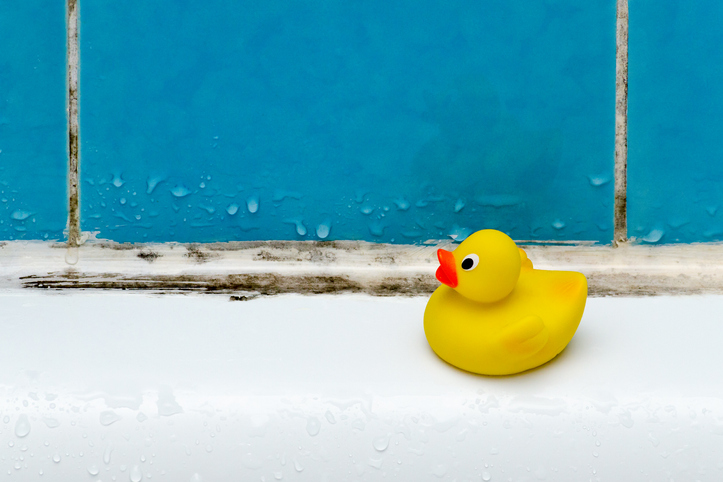 Where is the mold?

We all think of mold as a bit of bathtub grime or perhaps a bloom on something that should be tossed from the refrigerator and not eaten. Perhaps it was a science project in elementary school: “how many colors of mold are there?”

Of greatest interest to us at Northwest Memory Center is the potential for mold to affect the brain. Here’s the route: mold survives by sending out spores, which produce fat-soluble toxins called “mycotoxins.” Work by Dr. Dale Bredesen and others have shown that mycotoxins can cross the blood-brain barrier and disrupt normal brain function, resulting in cognitive impairment, numbness and tingling, thirst, light-headedness, excessive urination, temperature dysregulation, sensitivity to electric shocks, and more. (In Dr. Bredesen’s work, mycotoxins are a cause of Type 3 Alzheimer’s, the toxic form of dementia.)

The molds we can grow on food left too long in the refrigerator are not particularly hazardous, though it’s most prudent to avoid inhaling their dust or consuming them.

However, there are other molds that pose far more serious threats to our health. The black mold that grows in unventilated showers or on the walls in water-damaged buildings can sprout Stachybotrys or Aspergillus, which can cause acute respiratory inflammation. Foods stored in bulk food bins that are seldom cleaned can grow molds such as Penicillium or Fusarium. The molds themselves are easily inhaled, and within the body they produce chemicals that are hazardous to humans, known as mycotoxins (mold toxins) and are in a larger category of biotoxins (substances toxic to us, produced by other living organisms.)

We have all encountered mold. Before you call the doctor, know that most of us, three-quarters of most people tested, have vigilant immune systems. We detect the toxins as the foreign and threatening substances that they are, and we dispose of them.

About one-fourth of us are genetically not so lucky. Our immune systems overlook the mycotoxins and they are allowed to persist in our body, long after our last mold exposure. Depending where in the body they lodge themselves, our symptoms can vary widely, from general physical symptoms (fatigue, muscle aches, weakness) to specific complaints (cough, joint pain, weight gain) that defy routine diagnosis and treatment.

Mold exposure is always a question in our interviews: have you ever lived in a water-damaged building?

Exposure is not sufficient to ring the alarm bell: remember, most of us can rid our bodies of any mold toxins we might accumulate.

We next look for effects of the mold. The least expensive test is a do-it-yourself kind of test available through the website VCSTest.com.  Using a simple computer display, you are asked to discern the direction of lines displayed at different levels of contrast. When you lose the ability to detect contrast at a reasonable level, it is possible that a biotoxin is at work.

Secondly, we might obtain some simple lab tests. Most insurance covers testing for the genetic susceptibility for mold: the HLA-DR/DQ tests will identify those at greater risk. We also look at some of the metabolic markers that can be altered by mold, including certain levels of hormones and inflammation. If these tests are suggestive and you have any of the above-named symptoms, we will ask you to submit a urine specimen that will actually test for mold toxins.

Once mold toxins are in your body, they are “stored” in the liver and also circulate through your digestive tract and pass through your bloodstream. We will rely on this toxin recirculation if we find you have toxins to remove.

Removal of the mold toxins can be accomplished by:

Special cautions are taken to prevent constipation while on the binders and to separate the binders from meals, medications, and supplements to allow the body to be nourished while it’s shedding the toxins. Supplements of particular interest during mold treatment include fish oil (helping to bind the toxins in the digestive tract) and anti-oxidants (reduce any reaction of inflammation.)

Additional treatment is sometimes needed to correct some of the abnormalities noted on blood tests that show the effects of the mold toxin exposure. Secondary treatment is aimed at eradicating any possible mold organisms actually living in your body.

No one wants to hear that they have a chronic problem with mold toxicity, that’s the bad news. The good news is that the binders, properly selected and supported with lifestyle measures, can work promptly to resolve cognitive problems, even at early stages of the full mold treatment.

Get all the latest brain health content delivered to your email a few times a month.